How I used flexibility to win a national surf lifesaving title

Speaking while on parental leave following the birth of his son, Reece Baker, in the Performance Improvement team in Advisory, shared the story of how he used flexibility to train for Olympic selection and win a national surf lifesaving title.

Reece originally joined EY on a part-time basis which gave him the flexibility to train and compete at an elite, international level. “A number of years ago EY allowed me to transition over to full time and then recently back to part time when I wanted to make an attempt to compete at Rio.”

There were competing interests during his preparation which involved having to have an honest conversation with his client “They needed a lot of my time and I had to be open and honest with them about what I was trying to do. I needed to bring my team and my client along on the journey as I wanted it to be a win-win”. While Reece did not qualify for the Olympics, his hard work paid off with a national title in the mixed double surf ski at the Australian Surf Life Saving Championships.

Looking to the future as a new father and with his continued role in sport as a coach at his local surf club, Reece is positive about the role flexibility will continue to play in his journey at EY “I find that the flexibility offered by EY allows me to stay alert and engaged which results in better teaming and a much higher standard of output.” 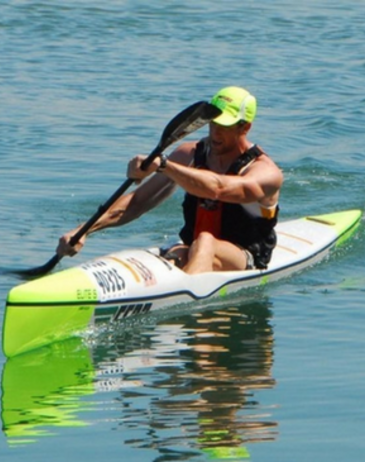