Thursday, 9th November 2017 – Beverage company, Lion and the Human Resources Director of law firm, Simpson Grierson have been recognised as champions of equal pay in the 2017 YWCA Equal Pay Awards. The Minister for Women, Hon. Julie Anne Genter acknowledged their work and that of other finalists in her keynote address which outlined the Government’s vision to close the gender pay gap in New Zealand.

“New Zealand is proudly taking action on women being paid fairly. Organisations and businesses honoured tonight have shown what can be achieved when people take action to close the gender pay gap. Congratulations to award winners for being leaders. Every single employer in New Zealand can learn from these solutions and hopefully will use them in their own workplace,” Minister Genter said.

YWCA Auckland Chief Executive and Awards judge, Monica Briggs, says that the high standard of entries in the Gold category made it impossible for the judges to name one organisation as a winner of the Gold award. Lion’s entry was awarded a special commendation, with Briggs commenting that, “We were very impressed with the level of internal communication, the desire to innovate and the visibility of Lion’s CEO as an advocate for equal pay. Likewise, the personal commitment and drive shown by Jo Copeland at Simpson Grierson distinguishes her as a passionate campaigner for equal pay.”

After an initial analysis and audit in 2016 revealed a gender pay gap of 3.2%, Lion made a courageous decision to address this immediately. In New Zealand, they made pay adjustments to a significant number ofemployees, of which 59% were women.

“We take equal pay seriously at Lion so when our 2016 review of gender pay showed that we had a 3.2% gap, we took immediate action to close it. Our work doesn’t stop there - we’re continuing to analyse our pay data every year, and review our processes to ensure that we maintain pay equity”. Robin Davies, Lion NZ’s People & Culture Director.

A special, individual commendation was also awarded to Simpson Grierson’s Human Resources Director, Jo Copeland, who has been a true champion of equal pay in 2017, proactively sharing the law firm’s learning curve via speaking engagements and media articles, and courageously sharing her own personal experiences to help guide young women who may face challenges in the workplace.

“As lawyers, we believe in natural justice. For us, having a 0% gender pay gap is a very important manifestation of our commitment to that principle. It is fundamentally the right thing to do. It's as simple as that,” Ms Copeland commented.

The judges were elated to see such diverse organisations competing for the top prize. YWCA of Aotearoa NZ Co-President and Awards judge, Susan Doughty, believes that this shows that employers from the public, private and not-for-profit sectors are leading the way for others to follow. “The diversity of sectors represented this year demonstrates an increased appetite to tackle equal pay among New Zealand employers across the board,” she says. “In the public sector, Department of Corrections has made significant inroads into creating an inclusive workplace with a specific focus on equal pay, reducing their overall pay gap to 1.5% across their 8500 staff. Each are to be acknowledged for their outstanding achievements” she added.

The Silver winner was AECOM, whose hiring policy ensures an equal playing field for new graduates who all join the company on the same starting salary. The judges were overwhelmingly impressed with the strategic focus that AECOM has applied to encouraging more women into the industry as it is this type of long-lead thinking that will close their gender pay gap.

The Bronze category was claimed by international tourism firm; Magic Memories, who are on a fast-paced journey to addressing their commitment to equal pay within their diversity and inclusion strategy and have undertaken substantial analysis in a very short time.

The 2017 Awards has seen a further increase in entries from the telecommunications, electricity and financial management sectors. Sovereign, Meridian Energy, KPMG, Vodafone and Vector also joined the ranks as finalists, showcasing their company’s diversity and inclusion programmes to their peers and sector partners. 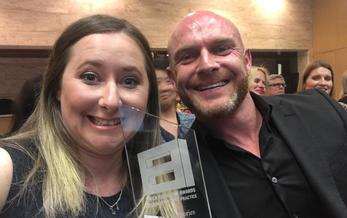